7 Benefits of a Short Commute

In 2019, the average one-way commute in the United States increased to a new high of 27.6 minutes. Too many workers spend hours sitting in their vehicles or standing in a packed commuter train every day. This adds up to hundreds of hours in wasted time annually—not to mention the detrimental social, environmental, and health impacts. Poor community planning and a myopic insistence by business leaders to locate their offices in select zip codes where “everyone else” is based certainly contribute to the worker commuting problem.

In response, other companies recognize the value of providing their workers with workplace options—from telecommuting to coworking spaces in locations closer to where workers live. And while some businesses remain entrenched in maintaining offices in locations that require long commutes for workers and insist on having their employees in the office five days a week from 9 to 5, others see substantial advantages in offering their workers flexibility and using coworking and other rented office space options like Davinci Meeting Rooms. On this front, small businesses are leading the charge in transforming how, when, and where we work. This reduces the commute and adds up to benefits for workers, businesses, and society.

While others could be cited, the following are seven benefits of a short commute to work—factors that all businesses should weigh when evaluating their workplace policies:

Workers want flexibility when it comes to where and when they work, and many actively seek out employers that are willing and able to do so. A recent study shows that adding 20 minutes to a commute is the equivalent of taking a 19% pay cut. It thus makes sense that workers are willing to take less pay in exchange to work—almost half say they would take a 10% pay cut for flexible work hours. More than two-thirds say work flexibility is “very important” to them.

69% of workers indicated they become more productive when they transitioned to a shorter commute. Rather than sitting in vehicles and packed in public transit for upwards of 9 to 10 hours each week, workers can dedicate some of that time for work-related activities. In addition, healthier and happier workers are more focused and collaborative when they have shorter commutes. Nearly three-quarters of workers contend team performance goes up as commute time goes down.

Long commutes are linked to various health issues—starting with high blood pressure and mental strain. Obesity is also connected to long commutes, not to mention back pain. In addition to contributing to higher rates of absenteeism, these health issues can lead to other more serious issues, including death. Short commutes, especially ones within walking or biking distance, encourage employees to be more active. Rather than showing up to work sluggish from a long drive, they’ll show up energized from the rush of endorphins they released exercising on their way to work.

Spending hours commuting each day minimizes the amount of time that workers can spend with family and friends and on projects and causes that they value. In one study, almost 60% of workers with long commutes complained that they have no time to pursue their own interests—even an occasional outing with friends. Another study of small businesses reveals that the quality of personal/family life tops the list of benefits cited by workers who have flexible work options.

The longer workers spend commuting, the less likely they are to be satisfied with their work. This impacts their engagement—impacting everything from their mood, to productivity, to retention rates.

Reducing the amount of time that workers spend in their cars or even using local transit also reduces environmental impact—less gas, less pollution, less congestion. For the workers themselves, studies show they are exposed to harmful air pollution as they spend more time in their vehicles or even on public transportation.

Workers with long commutes have less time and energy to volunteer and participate in social activities. This has an adverse effect on local communities and charities, as it becomes harder and harder to attract volunteers and generate engagement when citizens are commuting long distances.

Not only do long commutes put a strain on workers’ social lives, it can also put a strain on their marriages. At least one study suggests that, if one spouse commutes longer than 45 minutes, a couple is 40%  more likely to get divorced. However, If you’ve already spent five years or more commuting more than 45 minutes, then you’re only 1% more likely to get divorced than couples with short commutes.

For businesses looking to break the vicious cycle of long commutes, there are many different options available. It starts with the fact that you don’t need an address in that special zip code to be respected. Virtual office addresses such as Davinci Virtual Offices enable businesses to secure address listings in those locations without securing a permanent office there. Then, no longer requiring a permanent office, businesses can leverage coworking spaces and rented day offices and meeting rooms through resources such as Davinci Meeting Rooms. These shorten commutes while offering various other advantages to a small business.

This entry was posted in Virtual Office and tagged commute, entrepreneur, virtual office address, on August 13, 2018 by Patrick Spencer 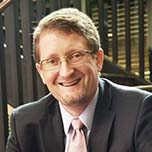 About Patrick Spencer
Patrick Spencer (Ph.D.) is the President and Founder of TIRO Communications that helps companies develop, build, and manage content, customer, advocacy, and demand-gen programs. Included in its offerings is TIRO Cognition Insights, a data analytics tool that enables B2C and B2B businesses to pinpoint what their customers and competitors’ customers are saying and to identify corresponding actionable product, services, competitive, sales, and marketing intelligence.