When a Las Vegas personal injury attorney got his start in 2012, he could barely afford business cards. He definitely couldn’t afford to rent traditional office space that would give him an address for those cards.

Five years later, he’s bringing in half a million dollars in revenue and has an office of his own. He’s also the proud father of four beautiful children, and finds time to regularly attend their baseball games.

His secret? He’s been with Davinci since day one. It started with renting conference rooms to meet with those first clients. Once he got his own space, he continued using the live answering service.

Rapid Growth, Without the Expense

From the beginning, Davinci was part of an intentional organic growth strategy for the new firm. This attorney realized that if he hired a receptionist, he would have to do a lot of marketing to pay for it. But he hated the idea of obnoxious billboards or annoying radio jingles. He also didn’t want to answer his own phones, which might have made him seem unprofessional.

“I’m sure that I wouldn’t be where I am today without Davinci or a comparable service,” he said. “If I had been forced to do that myself, it’s just a totally different feel. There are bigger cases that  would not have been able to reel in. I wouldn’t have been able to grow without the image Davinci has helped create.”

In addition to preserving his image, working with Davinci has allowed this attorney to prioritize his time while he’s in the office. When he’s with a client, he can focus on their legal problem rather than the ringing of a telephone. When he’s digging deep into case law, he can maintain his concentration even if the next big client is calling in.

“Davinci offers a lot of business solutions, but especially for a small business, it allowed me to use my time in the most efficient way possible,” he said. “It allowed me to make money without investing a tremendous amount of time either hiring somebody or being tied to my desk in the office.”

As his reputation grew, this attorney stuck with Davinci. He loved that everything was saved digitally, meaning he didn’t have to pay to store paper files. He also loved that at every step of growth, Davinci was by his side.

“If I have concerns about my growth, I can call Davinci and they have solutions that are tailored to me and my business’s growth,” he explained. “I haven’t gotten impression they’re putting square peg in round hole. They really are interested in finding solutions for every business.”

Beyond helping his practice thrive, Davinci has helped this attorney keep track of what really matters: his family.

Because he gets notified of calls immediately, he’s comfortable taking a night off to take his son to practice. He knows that if an important call comes through, he can duck out to take it. But for nine out of ten calls, he trusts Davinci live receptionists to handle it.

“Davinci offers me a tremendous amount of flexibility, he said. “I don’t have a phone even in my office that I use. Everything is through my cell phone and so I take calls when I’m in the car, at home, anywhere. I don’t feel like I have to be in the office to be able to work. With the live answering service, Davinci really is kind of a lifestyle decision.” 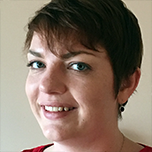 About Rebecca Palmer
Rebecca Palmer is a strategic marketing professional and expert business journalist based in Salt Lake City, Utah.